Baba Ka Dhaba – What I learned from this sad story! 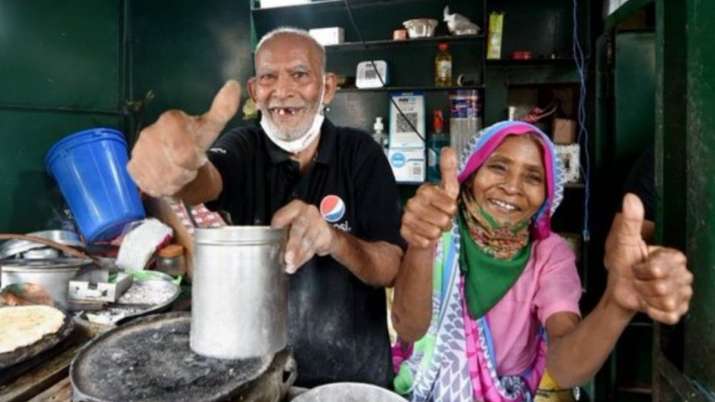 by Vedant Khandelwal
on November 5, 2020

Whoever heard about the “Baba Ka Dhaba” story was so happy, that a youtuber, with the help of social media helped the elderly owners of this dhaba. There were no customers due to lockdown and suddenly in a day, there was a long line of customers waiting for their order.

There are many such old and helpless people out there who had to suffer due to the unintentional lockdown. Very few of them had savings to at least eat once a day in this long and extended lockdown. Most of the vendors only earn a limited amount, which can fill their stomach for a day.

Here are few things that I learned from this story:

We all have heard this many times, mostly by our parents. This is a part of value education, which directs us to be a good human being. When the first video came out, we saw Mr. Kanta Prasad (80) and his wife telling about their struggles and everyone was touched by it. Seeing the video, many people reached out to the dhaba, which helped baba in gaining customers. Many of wellwishers also donated money to baba.

Social Media can be used for better things

On one side where people are using social media for spreading hate, and initiating riots, Mr. Gaurav Wasan used it for providing financial help to the old couple. This is such a beautiful example that a very small step can lead to such inflow of happiness for others.

Mr. Gaurav Wasan uploaded a video and it could have been just like any other video on social media, attracting lots of likes and comments but no movement on the field. But, people cam out in support of youtuber and Baba Ka Dhaba, and helped them in whatever way they can. Suddenly in a day, the old couple became superstars with live interviews and selfies with fans. This proves that if we try to fix something, and we have a bunch of people for support, no one can stop us!

We are not the Judge

It was sad to see that the youtuber, who was once praised for his work, was now left to judge by the public! This is a sad reality of world right now! We judge and we pass on the judgement quickly on the internet. It’s actually a race, in which we all want to pass on the judgement before anyone else, and in that race, we forget about the person whom we are blaming without any proof.

I know we have rights to ask questions, and that is a actually a very good thing, since it keeps away the wrong-doers, but we slip swiftly from asking questions to blaming and then finally to declare that the person is guilty.

This is not the first case with such allegations, even before police or court has said anything against or in favour of the parties. You all may remember Mr. Sarvjeet Singh, whose life has been completely destroyed due to false allegation by Jasleen Kaur. No one waited for the court hearings. Everyone blamed Sarvjeet and he lost his job and respect in society.

As mentioned above, we should only be the ones who ask valid questions, not the ones who pass on judgments. This case took a U-turn because of two reasons. First, there was a lot of money involved and second, Baba may have not trusted the youtuber completely.

As per Baba, Gaurav has not given him the complete amount and kept most of the donations with himself. Baba somehow has got an idea that there have been donations close to 25lacs, while he got only around 3 lacs.

As per Gaurav, he has deposited the money in bank and shared deposit receipt with Baba. For transparency, he had to show his and his wife’s bank/paytm statements in public. Not just Gaurav, but his whole family is being judged.

This is not a fairytale which will have a happy ending. This will end sadly, whichever party may be right.

If Baba is right, it will be sad to know that such emotional scams are running openly on social media. People will lose a bit of faith on the people who are actually coming to help people in need.

If Gaurav is right, it will be sad to know that the place for good deeds in this world is contracting too fast, and the social media judgements need to stop!

Whatever may be the final outcome, there’s nothing for Baba to lose, he has got donations, and he has got a good reach which will attract customers now and then. Gaurav on the other hand, has already lost so much, and even if he proves himself right, the people who declared him wrong, will never post a video asking for apology!

Here’s what Baba has to say – https://www.youtube.com/watch?v=VhaqIM5ZIAs

Here’s what Gaurav has to say – https://www.youtube.com/watch?v=NwV_Ha961Cg

Read my other posts – http://www.vedantkhandelwal.in/blog/