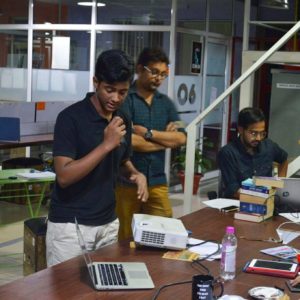 They framed me as a failure. They said I couldn’t become a hit because my report card wasn’t lit, They called me a fool because i went on to follow my dreams and for them it was way too soon. For when they placed bets on a Playstation, I was working on my Workstation. When they partied all night, I was no where near their sight. When they spent their money on protein shakes, I was broke and was counting on my mistakes, To my surprise, I didn’t make any, just my vision was blurred for too many. Fast forward some years, I went from 0 to infinity, Had followers in every vicinity. Moved on from exes and got to rolexes, Media worldwide made me the base of their articles, The doors of my ride opened upwards, Stole the limelight became the game, earned respect, top people now know my name. Calling me lucky would be an abuse for I once pleaded to clear my dues. Enough about me now let’s talk about you, The world bows down to something new, You gotta break the pattern and lose your string mainstream, It’s time to wake up and live your dream.

I’m the Co-founder of Delmang Electronics and have been working with other startups too. I’ve been hustling since quite a long time and have started to see some results. I’ve written this summing up my journey.

My StorySingle Rule For Success