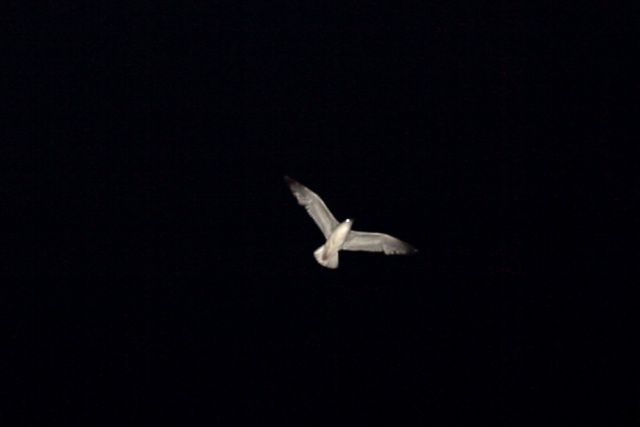 The Lost Bird is a small story where I relate the lost bird with myself, and how we should be thankful about what we are!

The dark night…Yes! It was a completely dark night yesterday. I was just having my normal walk after dinner on the roof. Few crows on the mango tree, which covers half of the roof by its branches, were cawing unnecessarily as they always do. Everything was usual when suddenly I heard a screaming sound.

This screaming sound was not a usual one. There are many birds around here and they make sounds all the time, but this was not the usual sound. It was like a bird screaming but from a far place. I saw up in the sky, and a white bird was clearly visible in the black hemisphere flying alone and shouting out loud.

From that moment, nothing was as usual. At this time, I have seen birds flying in a flock back to their nests but this bird was alone. It had lost its path, its flock, its nest. A single bird flying in the starless black night in search of its nest, making sounds so that other birds can listen and shout out back, but there was no other sound! The flight was also unusual.
It was not going in a particular direction, or in some other pattern, was lost and had lost control of her direction sense. It was flying randomly in all directions so as to magically see the flock in any of the directions.

I was seeing this and a fear covered me.

What if the bird is lost, and can never ever find its way back to its nest?, or if the bird was just a young one, and some eagle, owl or bat might hunt it tonight? What if it can think of any of these things? Was it fearing in the same way or more than me? Or it did not had any feelings?

Then it just went out of my visibility.I waited there but it didn’t return back. I seriously wished that it found its direction.

I was thinking about this all night and about the fear that suddenly groped me when I saw that bird. After a while, I was able to connect my fear with the lost bird. When I left my parents and my home for studies 8 years ago, it was very difficult for me as I was a homesick person. Many of you living in hostels, PGs, and flats, far from your family, for job or studies might be able to connect to what I am trying to tell here. The first week was one of the toughest time of my life.

I was missing my family so much and I used to cry at a corner of the hostel’s room. The problem was that I could not tell his to my parents because they are more emotional than me, they would have called me back!

Slowly slowly, with time, I met new people, made friends and everything became a bit easy for me. But what about that bird? Neither it will find any other flock nor it will be given time to become self dependent! It will either find its flock and stay alive or it will soon die traveling alone.

Express gratitute that we are human, because gratitude is the best feeling to be expressed! Somebody said – “I am grateful to wake up today and know I have another chance.” Have this feeling daily and you will achieve success daily! Live…don’t just breathe!